Simplicity: There's No App for That 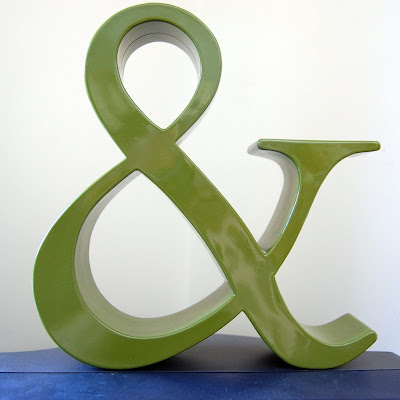 If you read my last post, I've been ruminating recently on what it means to 'live more simply.' This has been front and center over the last few days as I've grown increasingly fixated on my husband's new iPad.  I hadn't paid much attention to it until he offered to let me take it on my upcoming vacation. He suggested that it would be lighter to carry than my laptop, and since this is a leisure rather than a business trip, the iPad's touch-pad keyboard should adequately meet my needs.

It took me less than a couple of hours of getting acquainted with this new time-sucker technological marvel before I discovered the world of iPad apps (as in 'applications'). There are, I kid you not, a gazillion of them. OK, I exaggerate. But only slightly. The more I thought about it, the longer the list of apps I knew I had to have to make my trip easier (and better).


I have now downloaded to the iPad one-and-a-half screens of postage-sized images, representing these apps. This is in addition to the couple of screens that my husband already has saved. Among my "must-haves" are 1) an app with maps of the places I'll be visiting; 2) an app for making lists and writing notes to myself on the fly; 3) an app in case I want to blog while I'm away; 4) a meditation app with a timer that will chime after a fixed number of minutes; and 5) an app with soothing nature sounds in case I can't get to sleep at night. Then there's the TED app, in case I feel the need to be motivated to do something world-changing while I'm away; the app that will let me Photoshop my photos on the go; and the one that aggregates and continually updates every news source known to man.

I suspect that the only thing that might justify the amount of time I've spent app-searching would be spending the next two years circling the globe while I use them. If you make your own list of things that would have been more useful for me to be doing instead of this, anything on your list will be a better choice.

So what does this have to do with simplicity?

I started doing this --cross my heart-- because I figured it would help make the things I already do more efficient. For example, I'm a list-maker. I figure it's better to keep my list of, say, places to visit, electronically instead of on ticket stubs and napkins that I'm bound to lose. Too, the geographically challenged me won't have to carry maps; and an alarm clock app might well come in handy.

Just about everything else, though, adds to, rather than simplifies, my days. If I made a point of using all the other apps over the course of my trip, I'd be doing nothing but reading news media from around the world, watching TED talks, looking at photos on Flickr, blogging, making lists and organizing them into neat virtual folders, Skype-ing, keeping up with Friends on Facebook, and Photoshopping whatever meager amount of photos I managed to take in the moments between visits to the iPad.

It strikes me that there are two related things going on here. One is about efficiency, which may or may not have anything to do with living life more simply; the other is about adding to, rather than subtracting --the latter, after all, is the object of simplifying one's life.

I've been taught to believe that if I can make a task more efficient, my life will be less complicated. It sounds reasonable. If it usually takes an hour to do something and a new process whittles the task down to 30 minutes, you've saved half an hour, right?

My news aggregator app does that. If each morning I were to read the major stories in every major newspaper in the world, it might take me --let's just pick a number-- 17 hours. Having all of those stories on one screen, as this app allows, might let me read them in, say, 11 hours.

The thing is, at home I never read all the world's major newspapers. What's more, on past vacations I usually make it a point to read only newspapers from the area in which I'm traveling, a habit I find fun, interesting, and relaxing.

The moral, it seems, is that efficiency alone does you no good if, simultaneously, you're adding content. It doesn't matter if it's good content --great content, even. The result is More, and More and Simple are not good companions.

Adding stuff to our lives life almost never simplifies them. OK, meditation and massages may be an exception (but even then we probably have to drop --subtract-- something to do them regularly). Downloading that news aggregator app, I realize now, will only make me feel guilty for Not Keeping Up (yep, NKU: a leading American malady). The symptoms will start right after I open the app and, feeling overwhelmed with all the offerings, delete the entire screen's contents.

If instead, I became fully absorbed with global goings-on and spent the next six hours reading those articles, I'd feel even worse. I would have missed out on the stroll or the music or the trees or the art or the conversation or the little girl dancing to the music of a street band (during my last trip). 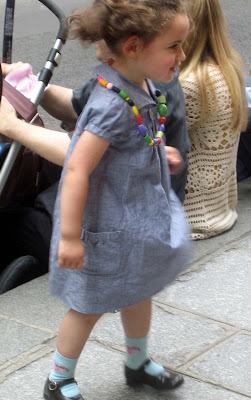 I feel a metaphor coming on about adding apps being like cluttering your life with unwanted and unneeded busy-ness, but it's not that black-and-white. Some of the apps will, in fact, subtract the unnecessary and unwanted. They'll soften the longing I feel for the people I love most by keeping me connected to them, they'll relieve my confusion by helping me find that bookstore that I read about, and they'll reduce my fear of over-sleeping and missing my train.

I suppose the metaphor, if there is one, is about being thoughtful and intentional about what we bring into our lives. Which requires, of course, that we be very clear about what we value and most desire for ourselves. There should be an app for that...

Top Image by Kevin Grocki on Flickr, used under a Creative Commons License.