On Passion and Imperfection 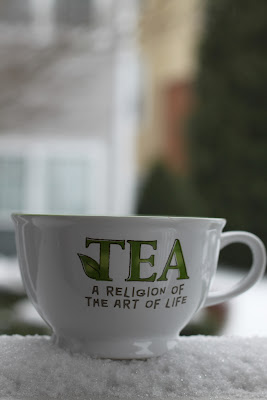 I had the wonderful opportunity this week to meet in person someone I'd known only by phone. For six months, we were part of a teleclass that met every other week, and I was glad to find that she was even even more engaging and likable in person than she'd seemed over the phone. She and a friend were attending a retreat not far from here, so we'd taken advantage of their visit to get together.

When we parted, I noticed that we'd spent more than three hours together, and that it hadn't seemed nearly that long. Over cups of tea (in their case green -- VERY GREEN -- iced tea, but that's a story for another day), we talked easily about many things: what drew each of us to the retreat that they were on their way to and that I'd been part of last year, the difficulties we have in calling ourselves 'writers,' the paths that have led us to where we are today.

At one point, I fell into a spirited conversation with my friend's friend about a thorny political issue. When we parted, I wondered if I'd been overzealous -- which isn't unusual behavior for me when something is dear to my heart. I said as much to her and apologized for my "passion." Kindly, she responded that I didn't need to apologize for being passionate.

In spite of her warm response, I found myself obsessing on the way home about my part in our conversation (have I mentioned I have an advanced degree in Obsessing?). Had I been too intense? too strident in my comments? .  After some minutes of this, fortified by some equally fruitless conjecture about what these lovely women I'd just met might be thinking, I concluded that the least I could do was to be as generous to myself as my friend's companion had been to me.

So I shifted my attention --granted, not without difficulty-- to my good fortune in having spent a  joyous afternoon with two interesting, smart, thoughtful, and articulate women. I found myself being grateful for a discussion that revealed a friend who was as concerned and impassioned as I am about important issues. How rare these experiences are, and how much to be treasured.

I'm learning, oh so slowly, how easily it is for me to build a dramatic "story" around an event, when I could instead accept the simple humanity of the moment.

By embracing our humanity, of course, we have to admit that we're not perfect, and that our friends, too, will see that we're not perfect (was there ever a doubt that they wouldn't?). Dare we consider that celebrating, rather than fearing, this vulnerability is a more liberating way to live? What do you think?
--

Image by smitha srinivas on Flickr, used under a Creative Commons license.