3 Steps to Learning to Trust Yourself -- or, Flexing the Trust-Your-Instincts Muscle 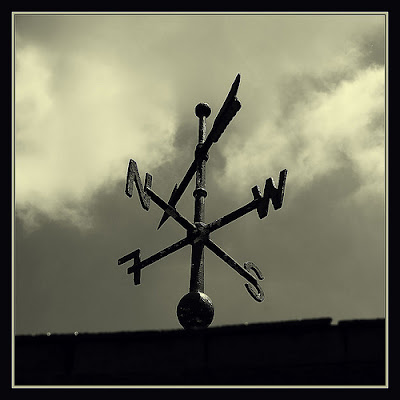 Last Christmas, my husband gave me a GPS device for my car, at my request. For as long as I can remember, I've had an awful sense of direction. If I combined all the minutes and hours I've spent being lost while driving or walking, I could have earned an advanced degree in geography in that time. Which, come to think of it, might not be a bad idea.

Last Saturday I switched on the GPS and headed to a lecture at a local college. The facility is one I hadn't visited before, so I also printed out a campus map and wrote down an on-site phone number, just in case. (Sometimes, in spite of having the GPS, I also print out directions from MapQuest or Google Maps, but I'm trying to stop this, since it seems to negate the point of having a GPS. Not to mention that it seems a tad obsessive.)

I had a vague idea of how to get to the college -- then again, I always have a "vague idea," usually wrong, about locations, so I tend not to trust them. This time, 'though, Ada (my name for the disembodied female voice on the GPS) agreed with my recollection. About half-way to my destination, Ada got the hiccups. She told me make a U-turn, which seemed odd, but which I dutifully made. Then, almost immediately, she asked me to make another one.  I repeated her directions not once, but twice, just in case I'd missed something crucial along the way.

But, no, Ada was stuck. Either she was malfunctioning or she'd decided the lecture wasn't worth going to. So, with apprehension --and because I'd forgotten my cell phone, unable to call that contact number I'd written down-- I disregarded Ada and kept heading in the direction I thought the college stood.

I made it to the lecture in time. It certainly helped that the route wasn't complicated and that there were directional signs as I neared the college.

Ever on Metaphor Alert, I thought about my experience while I waited for the lecture to begin. Yes, I'd panicked a little when Ada started repeating herself, and I was THAT close to flogging myself with a litany of self-reproach, including: "I should have printed out directions from MapQuest!" "I should have left earlier to allow for this!" and "I can't believe I forgot my phone again!" Maybe you've used one or more of these yourself. I sure have.

But --consciously-- I didn't. Mind you, I was going to a lecture for pleasure, so the pressure was less than if I'd been on my way to a business meeting or if I'd been picking someone up at the airport. Still, even if those had been the circumstances, I had little to fault myself for: I had prepared (GPS and campus map) and I had allotted enough time to get there, and forgetting my phone hardly merited self-flagellation.  The situation simply was, and getting wrought up about my situation would not have made it any easier.

Although it wasn't by choice, I decided to trust my instincts. And luckily, things turned out OK.  Of course, the result might have been different: I might not have made it to the school at all, or arrived too late to hear the lecture. Then what?

Even with different outcomes, I believe the learnings would have been very similar. That's because it's less about the situation itself, and more about how we handle the situation --how we respond to the circumstances we're given. Here are three things I'm taking away from that morning about learning to trust my instincts (and, ultimately, myself):
While I doubt that any of us actively want our plans to derail, it's bound to happen from time to time. The Trust-Your-Instincts muscle is one I want to develop and use more often. I'm aiming to be grateful for circumstances that give me that opportunity, as uncomfortable --oy!-- as they might be.

---
Image by I am marlon, on Flickr. Used under a Creative Commons license.

Email ThisBlogThis!Share to TwitterShare to FacebookShare to Pinterest
Labels: being present, trust