What I Really Want, And Why I Can Have It 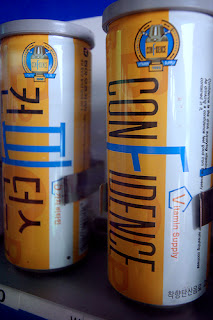 This week I had a tea date with a new friend. Both of us are women with a fair amount of life experience (translation: we're over 40). Over the course of a couple of hours, we talked about many things, from the blogs we visit and  the books we read to our goals for our work and our personal growth.

Because we have a fair amount of life experience (translation: ok, so we're over 50), we found ourselves having a variation on a conversation that we probably heard our parents have -- and which we cringed at then, and promised ourselves we would never take part in.  My friend mentioned a pal of a similar age (let's call her Anne) who is enrolled in a university graduate program. The other students in the class are mostly in their early 20s.

Anne notices a difference between herself and her fellow students, and it's not simply age.  They seem to have  an "I can't possibly fail" attitude that she lacks. And that she didn't have when she was their age, either. There's also, she thinks, an attitude of entitlement, as in "all good things should, and will, come to me."

My friend and I agreed that we'd found similar attitudes among 20-somethings we knew.  We thought it might be generational.  After all, even before Tiger Mom, there'd been no shortage of media coverage on the perils of praising children indiscriminately and making life too easy for them. And I can attest that in my own early 20s, prior to the "new permissiveness," I was too tentative and cautious to display any of the bravado that comes naturally to Anne's fellow students.

Of course, my friend and I are both smart enough to know that we were generalizing. I know 20-somethings who don't exhibit a trace of "entitlement," and people much older who do.  But we dished for a few minutes anyway, channeling our parents and bemoaning high expectations that aren't backed up by talent and achievement.

When our talk turned to how much more easily we might have moved through our lives if we, too, had been spiked with feelings of entitlement, I noticed that my disapproval was tinged with envy. Then I realized that it wasn't the students' sense of entitlement that I envied, it was their confidence, specifically their confidence in their future. Hey, who doesn't want to believe that she can vaporize any hairy monster that stands in her way, or know that she can learn whatever she needs to know to reach her goal? And surely, we all want the assurance that while we may not know the answer this instant, we'll be able to figure IT all out (as in "who the heck am I, anyway, and what am I supposed to be doing in the world?).

As we get older, it's harder to ramp up our excitement and damp down our skepticism about what's possible in our lives, but that's when we most need to do it.

I feel lucky to have lived long enough to know that I can survive disappointments and misfortunes and that I'm stronger than I ever thought I'd need to be. I've learned much over the years, including knowing what it is that I don't know.  And I'm old enough to certify that life can deliver ginormous joys and mondo satisfaction. So who better than me (or you) to trust that I'll (or you'll) have the skills and the gumption to deal successfully with whatever comes next?  I'm thinking that, maybe, I don't have much reason to envy those students after all; still, I'm thankful for the reminder.


Photo by hojusaram, on Flickr, used under a Creative Commons License.
Posted by Clara at 6:10 AM